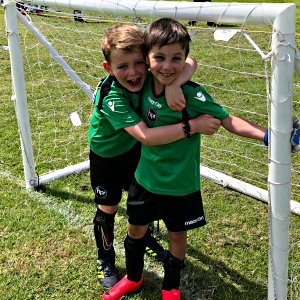 The History of our Club

With effect from 13th June 2018, the HPR Committee is as follows:

Tributes to those who have passed away.

Brian was was snapped up by Cardiff City manager Jimmy Scoular for £8,000 from Huddersfield Town in1968. Scoring twice on his debut during a 4-3 win over Derby County, he went on to form a lethal partnership with John Toshack, ending the season with 17 goals and his first Welsh Cup winners medal. Clark finished as the clubs top scorer for the next two seasons, as well as scoring 5 times in a single match against Barmouth & Dyffryn, falling short of Derek Tapscott's club record of goals in a game by just one. It was during the 1970–71 season that he achieved probably the high point of his career when he headed in the only goal of the first leg against Real Madrid in a 1-0 win during the European Cup Winners Cup quarter-final. The following year he again finished as Cardiff's top scorer, the third successive year he had done so, before he and Ian Gibson were surprisingly sold to Bournemouth for a combined fee of £100,000.

Clark spent one year at Bournemouth, followed by a spell at Millwall. On 20 January 1974 at The Den Millwall hosted Fulham, in what was the first Football League game ever held on a Sunday. Clark scored the only goal of the game, thereby becoming the first player to score a Football League goal on a Sunday. He soon returned to Ninian Park to play for Cardiff again. His second spell at the club lasted just a single season but he still managed to help the club win promotion to Division Two. He left the club to sign for Newport County before finishing his career with a number of player-manager roles at several Welsh Football League sides.

We were fortunate that Brian chose to be involved with us. He attended out presentations (not this year as he was unwell) alongside Gordon Hill and in the past coached our older boys within the club.

Over the years he has been an honorary guest at Cardiff & District Presentations and was always extremely proud when called on to give trophies to HPR teams, making a point of drawing attention to his HPR attachment. Our (next season's) U16’s won the Doug Langley award a few years back and had a complementary day at Cardiff City (old ground) to have the trophy presented by Peter Ridsdale followed by a lap of honour at halftime in a Cardiff v Southampton fixture. However when we realised that Brian was commentating that day (as he did frequently for overseas commentary) we asked if he could hand out the award to his own adopted club and he was extremely proud and the kids loved it! He was a lovely man who always asked how things at HPR were going. Our Condolences & thoughts must be with his family at this sad time.

Matthew Price managed the U16 side of 2010/11. He died on May 24th 2011 at the age of 27 two weeks after the Under 16s final game of the season in tragically unexpected circumstances while training at his gym.

Obituary Published June 22nd 2011
The death occurred in Roath, Cardiff of Mr Matthew John Price formerly of Milford Haven on May 24th. He was 27. During his working life he worked as a teacher in Fitzalan High School, Cardiff. He was a former captain of Herbrandston Football Club and played Sunday league for Roath Park Galaxy. He was a graduate in sports management at UWIC, and was beginning his PGCE qualification in September in Hereford. He always supported promising young footballers at Inspiresport which took youngsters on tour abroad. He was also a coach with Heath Park Rangers under 16's. He was dedicated to both his home team and clubs in Cardiff. Matthew was a loyal, lovely, infectious character who in an unassuming way touched so people's lives. 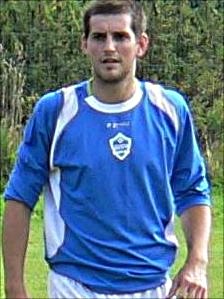 I felt great sadness and shock when I heard that our present u16 coach Matthew Price ("Pricey") died unexpectedly last night at the age of 27. At such a young age this tragic event it is hard to fathom. He was an extremely fit guy, a present Welsh League footballer and promising teacher who would soon starting teacher-training in Hereford after finishing a year as an assistant teacher with Fitzalan High School. He was hoping to continue coaching the current u16 boys and take them up to Youth Level next season. He will be hugely missed within HPR and I know I speak for the boys and parents who had contact with him when I say he was such a great guy, had such a good rapport with the boys / parents and coaches that he came into contact with. I know this not only from him being being one of my coaches within HPR, but personally too, as my son is part of the u16's squad. The present u16's are saddened and shocked that he has died so so suddenly.